I lost it in the sun?

It's obvious that I've completely lost the habit of blogging here and so I'm not going to throw some weak excuse up here. I'm so lacking in efficiency and planning that I wake up thinking; "Today I will paint. No matter what, I will paint." and then I rigorously spend the rest of the day rushing around and specifically, not painting. 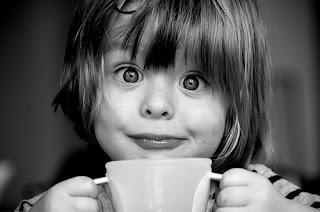 I seem to only be able to organize and stick to a routine involving about five things. Past that, well the rest of the items only serve to create topics for guilt, self recrimination and a vague feeling of mental dissolution. This probably describes the third part of aging for most of us. I spend my mental day half in and half out of a state of being convinced that either I'm fine or I'm fucked. Such is my life.

Let's catch up. the storms of winter are past and nicer spring days are with us. As the focus returns more to the outside, the need for machine maintenance looms like a frozen tsunami hanging at the edge of a hotel pool full of fat, white tourists. I will put up my spirited resistance for as long as I can, and then I will change some oil and start some mowers, trimmers, and, God forbid, the yellow pressure washer.

The larger Homeowner's Mayan Calendar of Sacrifice and Preventative Maintenance, such as painting the house, pumping the septic, replacing the furnace, is in the off-cycle right now. I am left, free to respond to household disasters as they unpredictably yet undoubtedly will occur. We are currently in a quiescent period (geologically active yet dormant) but I am too old to relax my guard. Too often I have learned that "calm" is only the fleeting inability to perceive our position in the greater pattern of chaos. All that will be set aright soon enough.

I have taken to including Smudge the Dog in my errands to town and now he expects that it is part of our regular day. He really enjoys riding along in the back of the car and if we haven't gone anywhere by the mid-afternoon, he begins to nudge me and make dog noises as if Timmy has fallen down the well, or there's a fire in the other room.

Speaking of that and unrelated to Smudge's urgings, yesterday while I was trying to disassemble a charging case for my cell phone, at my desk with a screwdriver (yes, I know now that's a stupid thing to do) the screwdriver went through the battery packs causing the case to burst into flames accompanied by icky acrid smoke. When I was younger I would have run in a circle as I sifted through possible responses, but now older, wiser and more disabled, I scooted back and watched the burgeoning conflagration evolve on my desk while quietly panicking.

Thanks to my beta-blockers there was none of the rapid heart beating and cursing that would have accompanied any such occurrence during my youth. Instead, I finally picked up a rag of a towel used in my painting and swept the whole mess onto the floor in an unsatisfactory attempt to deal with things. Still the smoke poured forth, setting off the smoke alarm and sending Smudge running out the dog door.

I needed to get the thing outside before it did more damage but by now the towel I had grabbed it with was also on fire. I picked up another towel and used it to collect the item, and then, while holding my breath, I carried the smoking, burning mess out the door and threw it on the gravel path off the back deck.

Then, back inside I moved, turned on fans and opened windows to clear out the nasty smoke which had filled my end of the house. The floor in front of my desk, previously covered in pretty nice laminate flooring looked well scorched and blackened from my IED so I grabbed the cleaning supplies and cleaned and scrubbed until I had the damaged area reduced to a few points. The whole area looked as though I had set off a medium sized bag of fireworks, minus the singed paper scraps.

Still, by the time the first of the family began returning to the house, the situation was much improved and less likely to be cited as a reason why I should be legally forced to go to an assisted living facility or at least hire someone to watch me during the day. Important practice for the future me thinks.

I also made sure to tell everyone what had happened, although in less dramatic terms, to show that I wasn't hiding anything. I couched it all in terms more of a well-thought-out scientific inquiry taking an interesting side trip. Swish!

But that was yesterday. Today I think Smudge and I will take a ride to pickup a prescription and maybe a couple things at the store. 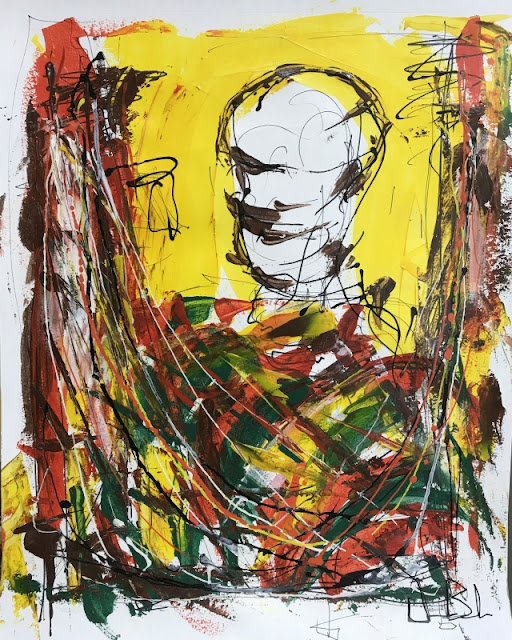 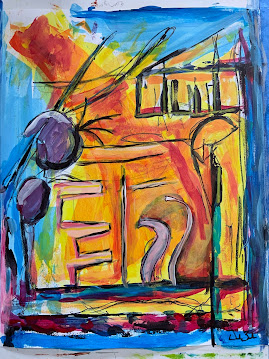